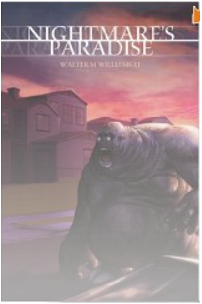 WW:  I have been writing since I was a child in Kindergarten. My first story was about a Ghost, Werewolf and Vampire that lived together in a haunted house. It was barely a page long, and was accompanied by a crayon drawing. From that point on I mostly spent a lot of time drawing my own comic books. “Elite Force” was about a group of super powered soldiers fighting aliens, monsters and other assorted weirdness.

In 6th grade my teacher, Mr. Patterson, noticed that I was constantly drawing and writing in small notebooks. One day he asked if he could look through one, so I reluctantly let him look through it. After reading it he noticed I wrote a lot of stories about monsters, ghost, angels and demons. Mr. Patterson asked if I could write two horror stories a week featuring a classmate. Being far too shy to stand in front of the class to read them, Mr. Patterson did so in my stead. As the year was coming to a close, he gave me a notebook, a copy of Ben Okri’s “The Famished Road” and told me to keep writing.

However, despite the experiences, I did not know I wanted to be an author until I was a freshman in high school, and my creative writing teacher, Mr. Seaton, took interests in my writings, which was ALWAYS about vampires, and persuaded me to try other genres.

TS:  How long does it take you to write a book?

WW: Well, I began writing “Nightmare’s Paradise”, first called “Purgatory”, back in 2004/2005. I was so nervous about publishing my first novel that I almost never tried to find an agent or a publisher, and re-wrote the entire manuscript 4 times before finally feeling enough confidence to publish on my own. I am currently working on 3 other books, but I have learned a great deal from my first experience, and the process has been streamlined. Hopefully it will not take remotely as long as the first.

TS:  When did you write your first book and how old were you?

WW: I was 24 when I first finished my first novel, but I was 31 when I finally published it. I started writing the story during one of the worst periods in my life. The depression, I had dealt with for most of my life, was suddenly becoming much worse. A medical history of migraines ended my military career in its infancy, and later I was diagnosed as schizotypal. It is more than probable that “Nightmare’s Paradise” was born from my growing sense of being utterly trapped, feeling tormented and being unable to understand why or how it was all happening.

WW:  I am a huge fan of video games. To me they are just interactive stories I can participate in. My list of games has grown so monstrous that I actually made a New Year’s resolution not to buy anymore for several months. So far I have kept it. Outside of that I love reading books on paranormal research, criminology, psychology and astronomy. I recently read the Elegant Universe and it completely blew my mind. I am a huge fan of animation, sitcom comedies, and of course, horror movies.

Also, when I can, I like to hang out with old friends at my favorite spot, “Yoshi’s”.

TS:  What was one of the most surprising things you learned in creating your book/s?

WW:  I learned that it is easy to over think the entire process. Instead of thinking about, and constantly planning, just start. No tricks, no magic, no elaborate process, just start writing and see where it takes you.

TS:  How many books have you written? Which is your favorite?

TS:  Do you hear from your readers much? What kinds of things do they say?

WW:  I am always extremely flattered when hearing from readers. I always look forward to feedback no matter if it is positive or negative. So far the feedback on my first novel has been very positive. I have been told that it was scary, inspiring, disturbing and even fun. That is quite the combination and I am not sure if I managed to do such on purpose. The main feedback concerns the characters and the creatures they encounter. Readers seem to absolutely love the character “Ellis”, and the Manifestations have drawn a lot of attention. So far, only one reader has noticed that some of the characters, and places, bear the name of Simpson’s writers.

TS:  What do you think makes a good story?

WW: Wow. I am not sure if I qualify as a judge of what makes a good story. I can say, for me, a good story can be bleak but it should always contain just a sliver of hope. I enjoy larger than life conflicts, twists, mysteries, profound loves and characters rallying in the face of overwhelming odds.

WW: This is kind of a tough question. I have so many books and movies I love. Book wise, some of my favorites are Ben Okri’s “The Famished Road”, Albert Sanchez Pinol’s “Cold Skin”, Polly Frost’s “One Eye Open”, Todd McFarlane’s “Spawn”, Peter Vronsky’s “The Method and Madness of Monsters” and “How and Why Women Become Monsters” serial killer books, Brian Greene’s “The Elegant Universe”, John Steinbeck’s “Of Mice & Men”, Anne Rice’s “Lestat”, “Vampire the Masquerade/Requiem” and John Swartzwelder’s “The Time Machine Did It”.

Movies? “30 Days of Night”, Kenneth Branagh’s “Much a do About Nothing”, The Shawshank Redemption, Zebra Man, Pulse, Vampire Hunter D, 28 Days Later, Bad Teacher, Airplane, Dracula Dead & Loving It, Blazing Saddles, Aliens, Predators, George Romero’s Zombie films, Dawn of the Dead remake, Let Me In, What Lies Beneath, and many others.

TS:  Your story for “Nightmare´s Paradise” sounds a little bit like the story from the game “The Suffering”, what was your inspiration to write this story?

WW: I absolutely love that game. It is literally one of my all-time favorite video games ever made. However it was not my inspiration. I grew up as the son of a youth pastor, and the concept of heaven and hell have always captivated me. When I was a kid, my neighbors across the street were devout Catholics. They had all this literature concerning their faith, and it spoke of purgatory, saints, martyrs, and other such things. I was amazed by all these things because I had never heard of those things until that point. Religion, spirituality and the supernatural has always interested me.

I love reading about gods, spirits and demons. Such really influenced my writing, and parts of this story. But I did not set out to tell a religious story, as much as I wanted to tell a spiritual/horror story. I like to imagine there is a whole other world we cannot see or experience until we leave the physical plane when our lives end.

WW:  I always wanted to be in a field that helped people by physically stepping out there and defending them from undeserved perdition. It was nothing as optimistic as the idea of being a hero as much as it was my dislike of bullies. I thought I would go into the military or law enforcement. Now, as an adult, I am still going into law enforcement but behind the scenes where I can hopefully make changes to the correction system.

TS Walter, thank you so much for this interview! I really enjoyed reading all your answers! And because of the game: I loved it too ;) It was one of my favorite horror games! Of course the sequel was good too. But the first one just scared me in the night :D 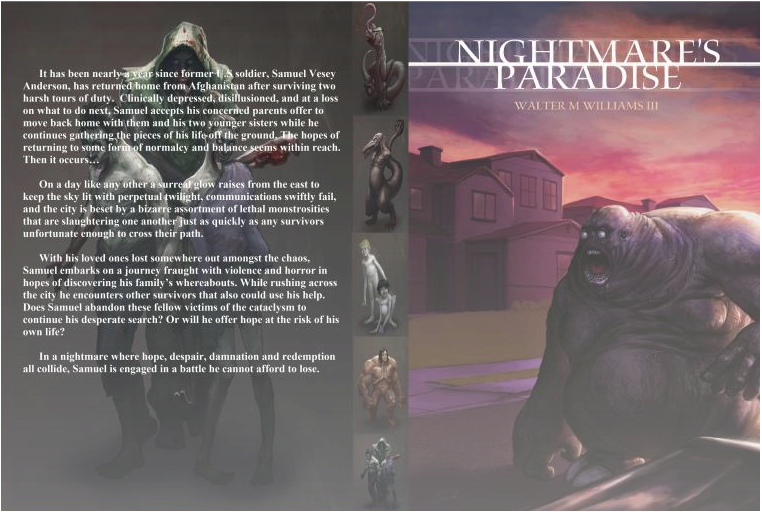