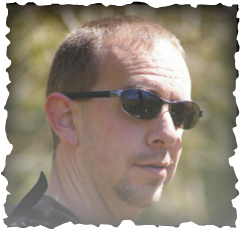 SM: I’ve been making up stories most of my life, but I think I first had the genuine realization I wanted to be a writer when I was a senior in high school. My first short story was about a woman killing a guy with a telephone. (Don’t ask.)

TS: How long does it take you to write a book?

SM: Just the writing process takes me 2-3 months, depending on the length of the book. Tack another 2-3 months of editing work on top of that. Yes, I spend as much time editing my novels as I do writing them.

TS: What would you say is your interesting writing quirk?

SM: I refuse to edit even a paragraph until the rough draft is complete. I know some writers like to edit as they go, or go back and edit sections before they continue on, but the notion of doing that drives me nine-tenths insane. I need to finish the rough draft, then go through and edit the entire thing. And then edit it again. And again. (Repeat as necessary…it usually takes five or six drafts…)

TS: What do you think is the best way of publishing a book these days?

SM: Well, “best” is a fairly subjective turn of phrase, since I’ve really only had experience with one side of the publishing biz. As a self-published author, I’ll say with honesty that there have been times when I wish I had the backing of a big publishing house to handle edits, marketing and the like. That being said, I wouldn’t trade my time spent as an Indie Author for anything. The connections you make, the industry knowledge you gain, and the reward that comes from making everything happen to get your book published is an experience to be relished.

TS: Where do you get your information or ideas for your books?

SM: The core ideas behind the BLOOD SKIES novels came from a dream I had a few years ago about a group of women being hunted through a dark forest by evil unicorns. (Clearly I have issues.) I draw inspiration for my work from everywhere – books, television, movies, music, the beautiful scenery in Washington...

When I need hard facts for my work I research various military, weapons and survivalist manuals I have at home, as well as online resources.

TS: When did you write your first book and how old were you?

SM: I wrote my first full-length novel, “Demonsbane”, during my sophomore year at college. I was 20 at the time. It’s horrible. (No, really…it sucks.) =D

TS: What do you like to do when you're not writing?

SM: When I’m not writing or engaging in any of the other “Indie Author” things (editing, social marketing, blogging, etc.) I like to watch movies (mostly sci-fi action, thrillers, war movies and dark dramas), listen to music (industrial, EBM, Gothic, some popular), play and watch basketball, read, hike, visit the beach with my kids, or hang out chatting and watching TV with my beautiful wife.

TS: What was one of the most surprising things you learned in creating your book/s?

SM: That writing the book is, ultimately, only the first step. I know that sounds stupid, but a lot of authors seem to have this illusion they’ll write it, revise it, sell a million copies, and be done. Um…no. Not by a long shot.

TS: How many books have you written? Which is your favorite?

SM: I’ve written ten novels, three of which have been published. Of my published works, “Soulrazor” (Book 3 of my Blood Skies series) is my favorite so far. But “Crown of Ash” and “The Witch’s Eye” (Books 4 and 5, the first being edited, the other being written) have the potential to be even better.

TS: You wrote “The Blood skies Series”, are you planning to write more books in the vampire genre, or do you want to try other genres?

SM: I’ll never write anything in the “happy, cheery” vein…that’s just not how my brain works. (And I don’t know if I consider the Blood Skies novels really in the vampire genre, since my vampires are nasty, ugly, cruel, inhuman, and use guns…but I digress…). My work will probably always be in the fantasy/sci-fi/horror genres, but I try not to look at any genre as being exclusive. Half of the fun is testing the boundaries of conventions and seeing what you can come up with.

I have two horror novels coming out this year – “something black…” comes out in June, and “Blood Angel Rising” will hopefully be out around Halloween – to try and branch out a bit. I also have a more traditional epic fantasy series that I’m (slowly) revising, but it’ll be a while before any of those books are ready to see the light of day.

TS: Can you tell me and your readers something about your main characters?

SM: Eric Cross is the main character in the series. He’s a young, world-worn warlock and soldier who fights his way through all sorts of mayhem as the war between humans and vampires escalates. Cross begins as something of a reclusive and meek individual, but as the series develops he matures into something of a leader, albeit a reluctant one.

Many other characters come and go, but some of my favorites are Graves (another soldier), Danica Black (a witch), Mike Kane (an escaped gladiator), Dillon (a ranger), Ronan (a psychotic swordsman) and Maur (a misshapen engineer who refers to himself in the third person).

TS: I guess you love vampire movies and stories, which movie was your favorite one?

SM: The originals are great – Bram Stoker’s “Dracula” and J. Sheridan le Fanu’s “Carmilla”. Of modern vampiric incarnations, I like the “Blade” films, as well as John Steakley’s novel “Vampire$”. Yes, I like it when the vampires are the bad guys. :[

TS: Do you hear from your readers much? What kinds of things do they say?

SM: I interact with my readers all of the time on Twitter, and their feedback in regards to my books has been overwhelmingly positive. I love to chat about writing, storylines, the Indie publishing industry, food, film, and exchange bad puns and corny jokes. =D

TS: What do you think makes a good story?

SM: An original premise or setting is important: the same old genre clichés can only be rehashed so many times. You need compelling characters. Unexpected twists that are still plausible (no dues ex machinas, please). Elegant prose and believable dialogue.

TS: What are your favorite book genres in writing and reading?

TS: As a child, what did you want to do when you grew up?

SM: A gangster. I wound up being an accountant and an author. Close enough. ;D

TS: Steven, thank you very much for this interview! I really appreciate the time you took for this! And I really enjoyed reading your answers, and I hope that the readers of this blog will enjoy them as well! I wish you good luck with your future projects and of course with Blood Skies!
Tweet