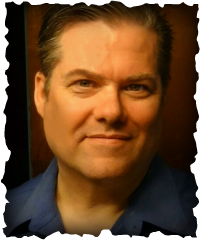 TS: When did you first realize you wanted to be a writer?

GW:  I’ve been writing all my life, but I didn’t realize that I wanted to be a writer professionally until 2005 or so.

TS:  How long does it take you to write?

GW: My books aren’t long and I still have a day job, so I can write about two books a year.  My goal is to eventually write full time.  I could write four quality books a year, which is important, because there are 25 books in The Last Witness series alone, not counting spin-offs and short stories.

GW:  Each book started with a couple of sentences, but then I flesh it out until I have enough for one sentence per chapter.  Then I treat the chapters separately and start adding to each chapter.  Oh, and I never write in chronological order.  That’s how I avoid “writer’s block”.  If I get bored or stumped on one part of the book, I’ll just work on another part of the book, or another book in the series entirely, or, since I do all my own artwork, just work on design.

I have at least 3,000 words written for each of the 25 books, so I know what’s basically going to happen, and I love to insert Easter eggs, but until it’s published, anything can change.

When I’m through with the book and before I turn it over to my brutal, but necessary editor (thanks, Donna!), I read the book as if I’m watching it as a movie.  It makes me look at the book visually, which is critical.

TS:  When did you write your first book and how old were you?

GW:  I was 21 and in the most intellectually punishing environment I had ever been in and somehow I wrote this thing called Born a Warrior, which ended up being 35%-40% of what The Last Witness is.  It’s so bad I might just try to publish it as a drastic example of before/after.  Yeah, that’s a threat.

GW:  I do all of my own artwork, so when I’m not out with friends, I’m usually designing new things and catching up on the latest news.

TS:  What was one of the most surprising things you learned in creating your writings?

GW:  That it’s not as easy as it seems.  Warren Murphy is the master of smooth writing and he taught me early on that the easier the read, the harder the write.  A good story flows, but that’s only because of all of the hours ‘sanding’ the story down.

TS: Can you tell me a little bit about your main characters?

GW: I have two main characters in The Last Witness: Shiloh Wagner.  He’s my “everyman”, something every fantasy book really needs.  Through his eyes, the reader learns what the rules are, how things work and gives them a bearing in an otherwise fantastical environment.  Gerah Maugaine is a mysterious man with great power who is trying to help Shiloh survive his mistakes.

TS:  Do you hear from your readers much? What do they say?

GW:  Yes I do and I have enough that I think I’m going to start inserting a letters section at the back of each book like they used to do in comic books in the 70’s.  It encourages fans to write and they get a kick if their letter is published.  While most emails are positive, I get the occasional email from someone who wants to nit-pick doctrine, at which point I remind them that this is fiction.  Oh, and for some reason, most (if not all) emails from girl fans want me to throw one of my characters, Maria, under a very large bus.  And then they want me to back over her for good measure.  I guess that’s a compliment.

TS:  What do you think makes a good story?

GW: Easy answer.  Book: The Destroyer series, book 70.  I was in the Army at the time and had to be up at 2 AM for an early morning project.  I bought the book the prior afternoon and literally could not put it down until I finished it.  I not only didn’t sleep that night, the absolute wonder of that book had me energized enough that I wasn’t even sleepy the next day.

As for movie genres, again, easy: Superhero/fantasy.  Avengers and The Matrix are two of my favorite movies.

TS:  Can you tell me and your readers a little bit about the story of your book series “The Last Witness”?

GW: Basically, it’s a “What if?” scenario.  What if Samson had fulfilled his mission?  In my scenario, his powers were augmented and handed down to his descendants.  Though there are supernatural events, I try to keep the stories grounded to the world we know as much as possible.  I’d like to think that if the scenario were real, this is how it would really work out.

TS:  Where do you get your ideas for your writings? What is your inspiration?

GW:  At first, I thought I was the only writer who said this, but I’m seeing it more and more, so I’m more comfortable saying it.  I start writing a chapter and it just happens.  I’m a research nut (that’s how book zero came about, I had more than enough material from just my research for an entire book!) but some of my best scenes just somehow emerge from the material.  For instance, in book four, Season of the Witch, I had two characters that were originally just place holders.  But both Marcus Taylor and Andraste took on a life of their own to the point they now each have their own short story and they will be featured in future books.

GW:  I wanted to be a comic book artist and a rock star.  So, I guess I sorta am in a weird way, because I’m basically writing novelized comic books and I play bass every week at my church.

Oh, and GO CUBS!  Hey, someone has to root for them.

TS:  Thank you so much for the interview Gary! It was a pleasure for me and I enjoyed reading your answers! I wish you all the best and good luck with your future projects! 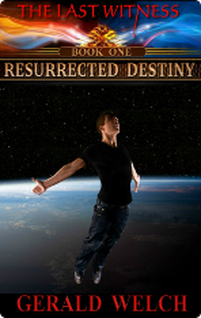