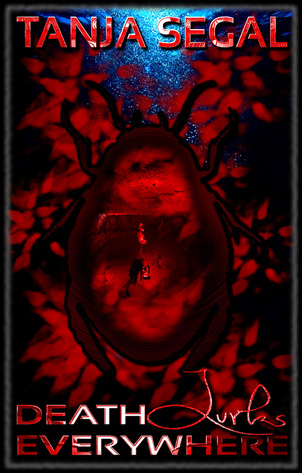 Death Lurks Everywhere™ is a horror/science fiction novel about a genetic experiment gone awry that produces a fierce monster that wreaks havoc on the human race, a disaster of massive proportions. Will the evil forces behind this experiment be discovered in time and will the monster be stopped, or is everything lost?

Death Lurks Everywhere™ was inspired by one of my most incredible dreams from childhood.  I started to write this book when I was 15 years old and had developed the story until it filled 110 pages of my imagination.  Then, disaster struck.  The manuscript had been lost.  I was profoundly devastated and overwhelmed at the prospect of having to start again from scratch.  I surrendered my hopes of one day becoming an author and sharing the stories, and dreams that filled my imagination.  It seemed to me as though I had been placed under a curse and the loss of my treasured writings was an omen that heralded even more challenges, and everything seemed to go wrong.

Shortly after moving to California, I was amazed to learn that my mother had discovered 41 of those precious pages, an incomplete draft of Death Lurks Everywhere, while cleaning the room I'd left behind in Germany.  She sent me those pages, which have since been rewritten and developed into an incredible book with 29 chapters, 17 of which have been set down, in 125 pages so far.

I'm looking forward to fulfilling my dream, sharing my story with you and becoming the author that I envisioned in my childhood. The time is right and the curse has been lifted.  I invite you to join me in discovering your dreams and imagination, through my book, Death Lurks Everywhere™.
Tweet