Interview with James Mullaney - author of "Devil May Care" 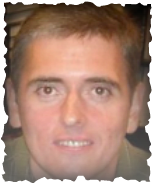 Book 1: Devil May Care on AMAZON
Book 2: Drowning in Red Ink on AMAZON

JM: In Sister Eileen’s fourth grade English class. Other teachers would pass out lists of vocabulary words and make us write a sentence for each word; she made us write stories that incorporated the entire list. Other kids hated that assignment, but I enjoyed it. I don't know if the seeds were sown there, but I'll always credit Sister Eileen because that's the earliest point I can remember thinking it'd be neat to be a writer.

TS:  How long does it take you to write your books?

JM: It takes me longer these days to write the outlines than the actual books. I write very long, very detailed outlines. I’ve worked without an outline a couple of times before and I hated it. The outline of my most recent novel took a couple of months but the book itself took about a month and a half to write. That’s only because the tough work was all done and the structure was there. The house was built, so all I had to do was move in the furniture. Or something like that.

JM: Probably the fact that I’m so quirk-less. I don’t have a lucky hat or magic writing trousers; I write during the day or at night. I’m boring and methodical. Wait, is the fact that I’m without quirks itself a quirk? Don't tell me if it's not, because I suddenly feel interesting.

TS:  When did you write your first book, which genre and how old were you?

JM: I sold my first book at 24. I guess the genre is "men’s action," but I don’t like that term because I’ve had lots of female readers over the years.

JM: I mostly like to try not to think about how I really should be writing. I mostly fail to do so.

TS:  What was one of the most surprising things you learned in creating your books?

JM: I learned that a bunch of turkeys is called a "rafter," but that’s probably not the sort of thing you mean. I learned that I actually can write a book. That was the biggest hurdle, and that was a couple of decades ago. Still, it's stuck with me all these years. I'd gotten about halfway through that book (unpublished and, God willing, will remain forever so) and I panicked. I thought I was nuts to think I could write a book. Then I dragged myself back together and finished the thing. Once I finished one, I realized I could do more. And we’re at about 30 published books so far, so it was a lesson well learned.

TS: Can you tell me a little bit about your main characters?

JM: I’ve got two series that I’ve recently launched first as eBooks, with print versions on the way. The first series is The Red Menace, featuring two main characters who are sort of Holmes and Watson, Riggs and Murtaugh, Rocky and Bullwinkle. It’s a buddy action series with comedic moments about a couple of old-time cold warriors from the 1950s who are brought back into action in the early 1970s. If I’ve done my job right, they should read like James Bonds or The Destroyer (a series on which I worked many years) with a few laughs along the way.

I’m also working on The Crag Banyon Mystery series. Crag is your typical down-on-his-luck ex-cop P.I. His world is very much like ours, except it’s our world that’s also populated by elves and mermaids and gorgons and ghosts. Crag was famous at one time for solving the Frosty the Snowman murder, and still gets some clients because of that from time to time. In the first book, One Horse Open Slay, he’s framed for murdering one of Santa’s elves and has to take off to the North Pole to prove his innocence. In the second, the just-released Devil May Care, he takes a case from a demon to help track down a lost soul who’s escaped from Hell. You’ve probably guessed that these are not terribly serious stories. Fun, funny and with some good action sequences along the way, because I can’t stray far from my roots, but not serious.

TS:  Do you hear from your readers much? What do they say?

JM: I’ve gotten many hundreds -- probably thousands at this point -- of letters over the years. I could not be happier with my fans. I used to say I could count my hate mail on one hand. That was a lot of years ago, so I think I could probably use both hands and maybe a foot by now, but that’s pretty good even if this weren’t the Internet age, even better because it is the Internet age, where every hothead and crackpot can toss off a crazy note with anonymity. A kind note from a fan has saved my day and my sanity on more than one occasion.

TS:  What do you think makes a good story or a good plot?

JM:  Anything makes a great story or plot in talented hands.

A: I suppose you’re supposed to dance with the one what brung ya, so I have to say action-adventure and comedy. I know it’s not a movie or book, but I happened to be watching an old Rockford Files episode recently and I was struck by how the characters and dialogue were so beautifully written. The episode itself didn’t matter. Rockford probably drove around a lot, somehow squealed his tires in a pile of dirt, got knocked unconscious when he walked into his trailer and, in the end, sent some Mob boss to jail. All of that didn’t matter. Stephen J. Cannell wrote the episode, and the characters were pitch-perfect and the dialogue was clever and fast-paced. That’s what I look for in anything I read or watch. Great characters and dialogue cover a multitude of plot problems.

TS:  Can you tell me and your readers a little bit about the story of your books “Devil May Care”
and “Drowning in Red Ink”?

JM: I covered a little of Devil May Care already. Crag Banyon doesn’t want to take the demon case, but the rent is due so he has no choice. He’s methodical and thickheaded and he’s always determined to find the truth, whether he wants to admit it or not. In this case, his determination to solve the case takes him to Hell and back. Literally.

Drowning In Red Ink, my second Red Menace book, involves a sinister plot to unite all the bomb-throwing counterculture groups from the early 1970s under one banner. It takes place shortly after the events of Red Menace #1, Red and Buried (which, incidentally, has been picked up for wide paperback distribution by Moonstone). My main character, Podge Becket, is still getting his sea legs after being out of the spy business for over a decade. His best friend and partner, Dr. Thaddeus Wainwright, has resigned himself to the fact that Podge refuses to go back into retirement, no matter how much Wainwright insults him, and so the good doctor goes along for the ride to keep Podge patched up and in one piece until the last page.

TS: You worked for Marvel Comics? Which books you sold?

JM: I worked on a lesser known comic called Iron Fist for a few issues. The Marvel editor liked my novels and asked me aboard. It was weird sitting in a movie theater, probably for one of the Spider-Man movies, and seeing the Marvel logo on the screen and thinking, "Hey, I work for those guys."

TS:  Where do you get your ideas for your writings? What is your inspiration?

JM:  I steal them from old I Love Lucy reruns.  The truth is now out.

JM:  Write.  So be careful what you wish for, junior.

TS:  James thank you so much for the interview! I was smiling ! Pretty awesome, especially that you work for Marvel Comics! Very well done! I wish you all the best and good luck for the future for all of your projects!
Tweet